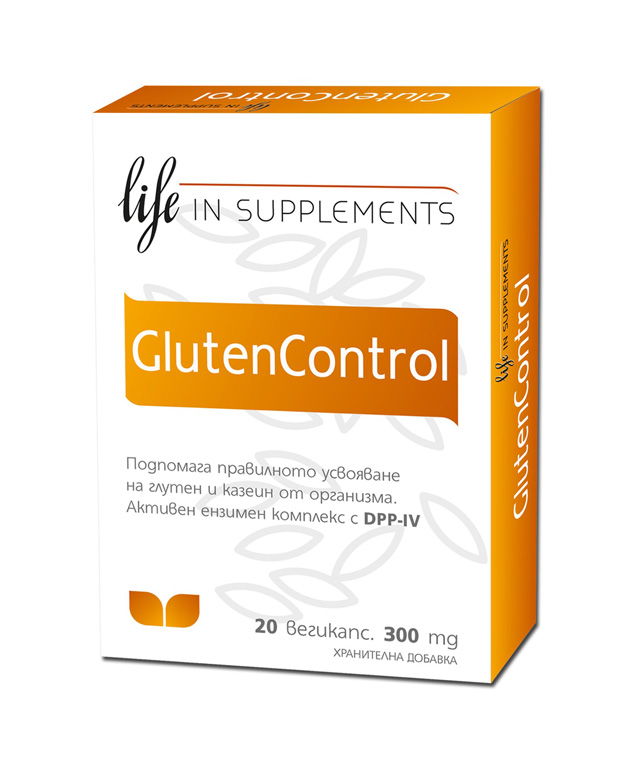 Gluten control is combined with the full range of proteases to assist absorption of the proteins which cause problems in the gastrointestinal tract, and the whole organism. DPP-IV (dipeptidyl peptidase IV) and the added to Gluten control five proteases help the dissimilation of gluten proteins and the undigested proteins.

Proteins such as gluten and casein are large, complex molecules having thousands of amino acids sequentially wound in a molecule resembling a ball of yarn. Without adequate and specific enzymes which destroy them, the amino acid bonds in these large proteins may remain inaccessible to enzymes, which ultimately leads to the formation of a protein which is only partially utilized.

Gluten control handles this problem with two types of amylase as well as glucoamylase and cellulase for the full breakdown of sugar and carbohydrates. Avoiding gluten and casein in food and everyday products may be difficult to achievе. Even while maintaining a strict gluten-free and casein-free diet, many products may be hidden sources of these proteins and cause problems.

Gluten control can be used in addition to gluten-free and casein-free diet, and relieve stress conditions caused by hidden gluten and casein, allowing these proteins to be properly broken down and absorbed.