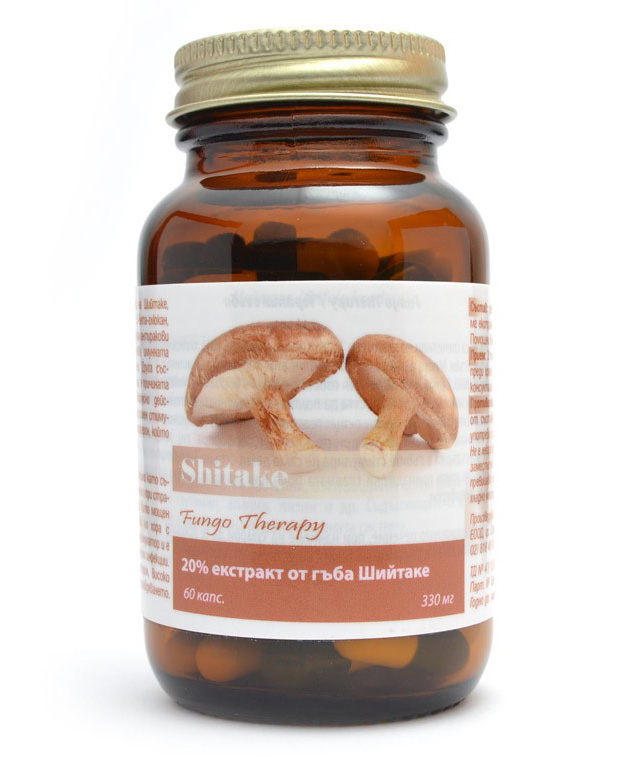 Since ancient times, shiitake mushroom is highly valued as a means for longevity, cure for heart, first assistant against malignancies and tonic preparation. Shitake has been used to prevent the onset of many diseases as well as for their treatment. The effect and properties of the mushroom shiitake are well known and on them were conducted extensive research.

Shitake has a broad spectrum of activity - it is a highly effective anti-viral and anti-inflammatory remedy.

Effectiveness of the mushroom is mainly due to contained therein polysaccharide lentinan. It is a moderator biological response that enhances the action of the immune system and improves the action of T lymphocytes. The T lymphocyte stimulates macrophages, which induces the release of the substance perforin - a high molecular protein. It literally causes perforation of the outer membrane of diseased cells; consequently they lose fluid and die.

Studies have shown that lentinan not only stimulates the activity of T lymphocytes, but also the activity of natural killer cells, or so-called NK cells – a type of immune cells that play a major role in the destruction of the viruses.

It is necessary to avoid simultaneous intake of shiitake, aspirin and sintrom. Very rarely, but it is still possible to appear an allergic reaction, expressed in the appearance of tiny pimples. In the presence of this symptom is advisable to stop taking shiitake.