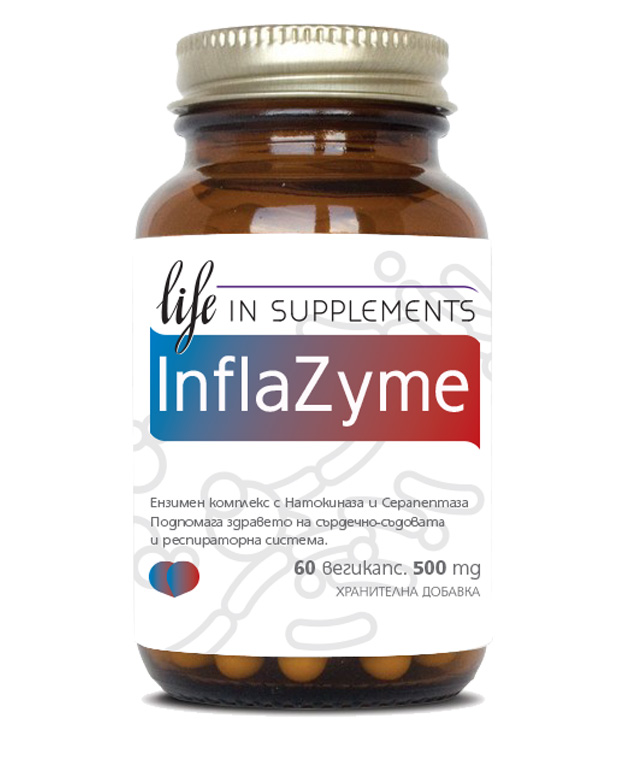 What is fibrin? Fibrin is an insoluble protein that the body produces, in response to bleeding or inflammation. Fibrin performs important functions in the body, including taking part in blood clotting and wound healing. During the process of blood clotting a protein called fibrinogen is converted to fibrin, which in turn forms a layer of connective tissue from the inside of the damaged blood vessel. To do this, fibrin fibers are entangled in a network-like structure around the damaged vessel and this structure solidifies, forming a "patch" or a small clot to prevent further damage. Despite its protective function, excessive amounts of fibrin may cause more harm than good.

High levels of circulating fibrin have the potential to accelerate the formation of connective tissue, to increase the formation of clots, which can prevent the normal movement of the blood flow. This can lead to an increase in blood viscosity, swelling, edema, pain, chronic inflammation and more serious fibrotic conditions or serious cardiovascular events.

According to the Research Institute "Scripps," "It is generally accepted that the stability of the fibrin in the additionally formed cellular matrix (connective tissue) promotes fibrosis, and that the degree of fibrosis has been limited by the proteases (protein-digesting enzymes), which remove the fibrin. Fibrotic diseases occur when the normal going of this process is disturbed and the excessive fibrous material accumulates in the tissues. "

Inflazyme - to help in blood circulation and at inflammation

Inflazyme also maintains healthy levels of C-reactive protein (CRP) - a marker for inflammation, whose levels provide information on the occurrence of a high risk factor of inflammation and cardiovascular disease. In addition, the production of the entire system enzyme mix is certified under ISO 9001:2000 and in accordance with Good Manufacturing Practice / GMP / provided by the use of specially developed Bioactive Protein Peptide System / BPPS / production.

Serapeptase and Nattokinase: Why are they important?

Most brands of nattokinase and serapeptase marketed are not gastro-resistant, which means that they can lose a significant portion of their fibrinolytic activity and effectiveness in the acid environment of the stomach. The gastro-resistance of our brand Inflazyme SEBkinase allows these sensitive enzymes to survive in the acid environment of the stomach, thereby allowing them to pass into the blood stream in a state of high activity. The gastro-resistant to the pH forms of the enzymes will be dissolved, only after entering the alkaline environment of the intestine. If you are using a non-gastro resistant enzyme formula enzymes, you are probably giving your money away for nothing.

How the fibrinolytic enzyme active units are associated with the gastro-resistance?

Enzyme activity, measured in units of fibrinolytic enzyme activity means nothing if the enzymes are destroyed and / or denatured in the high acidic conditions of the stomach environment. Our periodic laboratory tests indicate that serapeptase and natokinase are losing significantly their activity when they fall in the low pH environment (such as in the stomach). The manufactured by us gastro-resistant natokinase and serapeptase (as contained in the original formula SEBkinase) showed high levels of activity in the same conditions of low pH. Top of Form

Stabilization of the enzymes by BPPS ® A bioactive Protein Peptide System. (BPPS), is a set of peptides used to stabilize and improve the activity of enzymes. The BPPS system was developed by the company SEB - Specialty Enzymes and Biotechnologies Co, in particular, to improve the enzyme stability. SEB had been using stabilizers since the very beginning of the enzyme production started back in 1957. In the early 1990s, SEB achieved tremendous progress by developing the system BPPS.

Nattokinase (NattoSEB) Derived from "NATTO", a traditional Japanese food made from fermented soybeans. "NATTO" has been known for centuries for their positive therapeutic properties, and in particular the effects on cardiovascular diseases. To obtain a "NATTO" - soybeans ferment with the help of the beneficial bacteria Bacillus Natto (sometimes referred to as Bacillus subtilis Natto),. During the fermentation, some of the bacteria produce protease enzymes, the most important of which is nattokinase. Like some other protease enzymes nattokinase has a powerful anti-inflammatory, and several other useful properties, including a fibrinolytic activity. The researcher Hiroyuki Sumi discovered the active enzyme in the "NATTO" and demonstrates its ability to dissolve vascular blood clots. He named this enzyme "nattokinase" meaning "enzyme from NATTO"

Serapeptase PerEnzyme Produced by the bacteria Serratia mercesans, originally found in the intestines of silkworms. The bacteria produce an enzyme that allows the silkworm to dissolve its silk cocoon and emerge after metamorphosis. At present, crops are grown from Serratia mercesans which produce serapeptase through fermentation. Numerous scientific studies or clinical trials attest to the powerful anti-inflammatory, proteolytic (protein-dissolving) and fibrinolytic (fibrin degradation) properties. Studies also showed that the connective tissue formed in the inflammatory process is greatly reduced and that the proteins obtained in result of the inflammatory process are absorbed efficiently. Serapeptase is a protease enzyme which has been used in Japan and Europe for over four decades because of its anti-inflammatory action.

Papain Obtained from the fruit of the papaya tree, papain has been used for centuries as an effective means supporting digestion / a proteolytic hydrolytic enzyme /

Proteases Hydrolyze proteins such as casein, gelatin, soybean, fish and other animal and plant proteins into smaller polypeptide chains (small proteins), and amino acids for easy absorption by the body.

Rutin A bioflavonoid, which strengthens and tones arteries and veins, has effective antioxidant properties in order to control the damage caused by free radicals, helps the body to respond to various types of inflammation

Amla Known as Indian gooseberry (Emblica Officinalis), an effective natural antioxidant, and one of the richest sources of digestible vitamin C

CoEnzyme Q10 A major enzyme and cofactor in metabolism, which is inherent in the body - produced and stored in the liver, kidneys and the heart, a vital enzyme for the production of energy essential for the overall health of the cells.

Magnesium An essential mineral, a co - factor for the performance of more than 350 enzymatic processes in the body, an important part of the cardiovascular and nervous physiology. Magnesium is involved in the relaxation of arteries and helps to reduce blood pressure