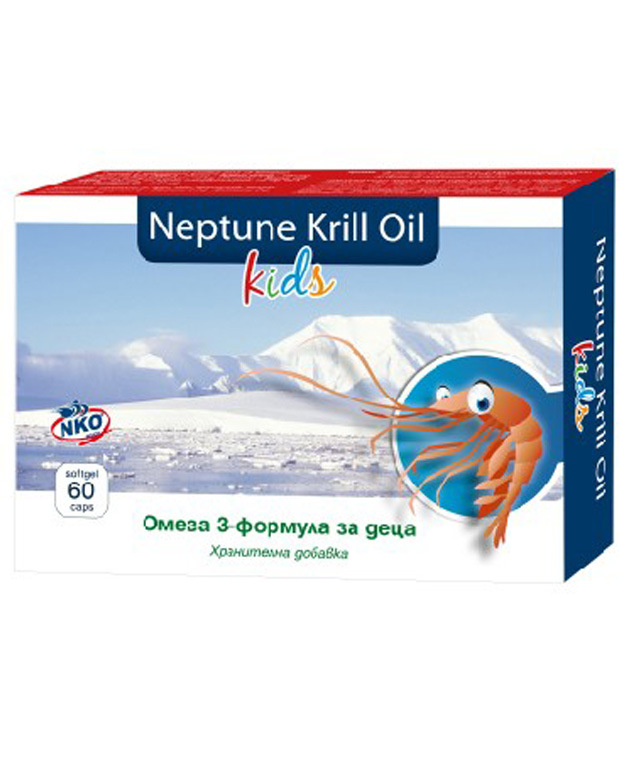 NKO Kids works to support the infant's immune system. Assists brain activity and influences the skills of concentration and focused attention. The most complete source of omega-3.

Neptune Krill Oil ™ is a complete, pure and natural complex of essential fatty acids and vitamin D3. Provides additional synergy between the essential fatty acids EPA, DHA and GLA and is specifically designed for children up to the age of 12. The main ingredient of Neptune Krill Oil ™ is characterized by high antioxidant capacity (ORAC*) and by very good levels of absorption of omega-3 fatty acids, due to their bound with phospholipids. It has no taste of fish and does not cause nausea and vomiting.

Neptune OceanExtract ™ process ensures method of cold extraction, thanks to which the bioactive capabilities of derived components are stored maximum well. In this method, there is no possibility of microbial contamination, any heavy metals, polychlorinated biphenyls, dioxins and pesticides. The product contains no preservatives; its stability is guaranteed by the exceptional natural antioxidant potential of Neptune Krill Oil ™.

The natural formula of Neptune Krill Oil ™ contains vitamin A, vitamin E, astaxanthin and marine flavonoid, which is the only found source of flavonoids of animal origin until now.

Neptune Krill Oil ™ is a source of phospholipids and choline

With this method, it was found tha tNeptune Krill Oil ™ ORAC is:

Available in pharmacies in Bulgaria.